No upfront or surprise hidden fees 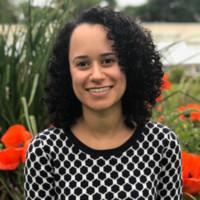 Lorraine is a south Florida-based personal finance and digital marketing freelance writer who drafts content for businesses and startups that gets attention on social media and visibility on search engines. She has published on prestigious sites such as Thrive Global, Elephant Journal, Red Tricycle and Tweak Your Biz.

Payday loans can be a big help for people who need money quickly. A payday loan is a short-term, high-interest loan typically used to cover unexpected expenses such as car repairs or medical bills or to bridge the gap between paychecks.

However, these loans are regulated at the state level. That means what’s allowed in one state may not be permitted in another. In some states, these types of loans are illegal.

So if you’re considering taking out a payday loan and live in Arkansas, there are a few things you need to know.

Are Payday Loans Legal in Arkansas?

No, payday loans are not legal in Arkansas. Any loans with an interest rate of more than a 17% annual percentage rate (APR) are not permitted in this state. Since payday loans typically have triple-digit interest rates, they are not allowed under the current law.

Usury is the practice of lending money at an unreasonably high-interest rate. Arkansas has some of the strictest usury laws in the country. It’s the only state that added rules about specific interest rates to its state constitution.

In 1874, the Arkansas constitution limited rates to 10%. It stayed at this level for over a century. However, in 1982, Amendment 60 modified this law. Now, the maximum interest rate lenders can charge on consumer loans in Arkansas is 17% or 5% over the federal discount rate, whichever is less. The federal discount rate is the rate at which the Federal Reserve (Fed) lends money to banks.

History of Payday Loans in Arkansas

The Arkansas Check-Cashers act became effective in the spring of 1999. This law allowed check-cashers to charge “reasonable fees” to consumers to help cover the cost of business. Because the law didn’t consider these fees to be the same as interest, companies were able to operate despite the strict usury laws.

Lenders cashing personal checks were allowed to charge up to 10% of the face value of the check. Companies could also charge a $10 fee for allowing a deferred presentment option. This meant that people could write a check for an amount that was more than what they had in their account, and the company would hold onto it until the borrower’s next payday.

The Check-Cashers Act only remained in effect until 2008. At that point, the state Supreme Court ruled that it violated the state’s constitution and the long-standing usury laws on the books. So, the payday loan industry was forced to shut down in the state.

Now, there are no storefront payday loan lenders in Arkansas.

Can You Get an Online Payday Loan in Arkansas?

While you may be able to get a payday loan online from a company based in another state, that loan is considered illegal in Arkansas. Therefore, you should only work with companies that are legally licensed to do business in Arkansas.

There have been instances where consumers and the Consumer Financial Protection Bureau (CFPB) successfully sued lenders for trying to collect payments for loans that violated the state’s usury laws. If you suspect you’ve gotten an illegal loan, you can file a complaint with the Consumer Protection Division.

What Are the Alternatives to Payday Loans in Arkansas?

Though you can’t get a payday loan in Arkansas, you have other options to help you cover unexpected expenses. Here are a few.

Get a Personal Loan from a Credit Union or Bank

If you have good credit, you may be able to get a personal loan from a credit union or bank. These loans typically have lower interest rates than payday loans, are legal in Arkansas, and you’ll have a set timeline for repayment.

Borrow from Friends or Family

If you have a close friend or family member who is willing and able to help you, this may be the best option. You can work out a repayment plan that fits your budget and avoid paying any interest.

Get a Cash Advance on a Credit Card

If you have a credit card, you may be able to get a cash advance. This allows you to borrow cash against your credit limit. However, remember that you’ll likely have to pay high-interest rates and fees for this service, as permitted by the usury laws.

Use a Pawn Shop

If you have an item of value, you may be able to use it as collateral at a pawn shop. You can usually get a loan for a percentage of the item’s value. You’ll need to pay back the loan plus interest within a set period, or you could lose your item.

The Arkansas Attorney General recommends asking your lenders for an extension if you face financial trouble. While this may not always work, it’s worth asking if you need a bit of extra time to pay.

Payday Loans Are the Right Choice for Some Consumers, But Not for People in Arkansas

For some people, payday loans may be the best option to help them escape a challenging financial situation. But for those living in the Land of Opportunity, you won’t be able to take one out.

You may not be able to get a payday loan in Arkansas, but that doesn’t mean you’re out of options. There are still plenty of ways to get the money you need. So don’t despair, and definitely don’t take out an illegal loan. With a little bit of research, you’ll find the right solution for your needs.